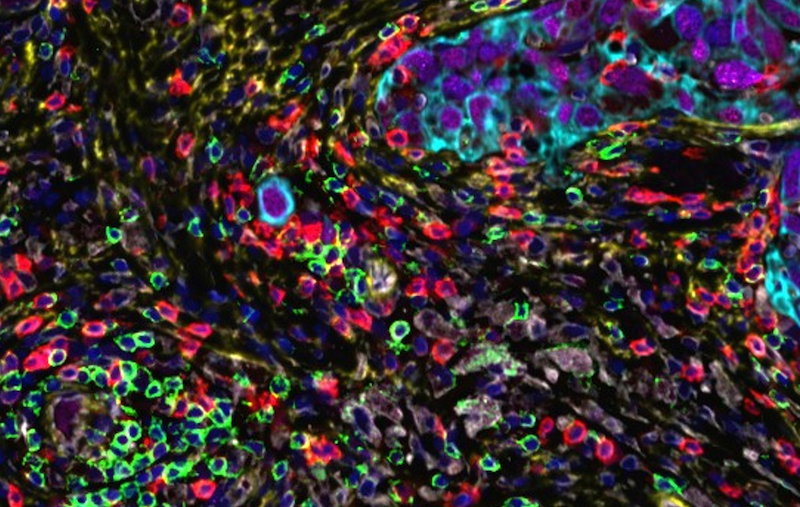 Researchers at the University of Helsinki discovered how ovarian cancer hides from the body’s immune system. The findings will help develop novel precision therapies for ovarian cancer, a common and aggressive cancer type.

Cancer can only develop and progress when the tumour cells are able to hide from the body’s immune system. Cancer immunotherapies, which boost the body’s immune defence against cancer, have emerged as promising therapies in multiple tumor types. However, the effectiveness of immunotherapies against ovarian cancer has remained modest. This is mainly since the mechanisms how ovarian cancer cells hide from the immune system have been unknown.

“With the help of this revolutionary imaging technology and advanced data analysis, we were able to study individual tumour cells, their functional properties and interactions with unprecedented precision,” says Associate Professor Anniina Färkkilä, the corresponding author of the study.

“By studying individual cells directly in the tissue, we demonstrated how cancer cells hide in different ways, depending on the specific gene mutation. We found that the body’s immune system is more effective against tumors with a mutation in BRCA1/2 genes. By contrast, tumours without such mutations have a connective tissue barrier prohibiting the interaction between the cancer and immune cells”, says doctoral researcher Inga-Maria Launonen, BM.

BRCA1/2 mutations occur in approximately 20% of poorly differentiated serous carcinomas, the most common form of ovarian cancer. The killer T-cells closely guarded the aggressive tumor cells particularly in tumours with BRCA1/2 mutations, which is why these patients had a markedly better prognosis.

“By increasing our understanding of how tumour genes trick the immune system, we will be able to develop more effective ways to activate the body’s own immune defences to kill the cancer cells,” Inga-Maria says.

Results will promote the tailoring of precision therapies

The results of the study confirm the significance of the interaction between tumour and immune cells in identifying new and more effective therapies as well as in choosing the right therapy for each patient. “Our findings will enable us to tailor precision immuno- and combination therapies that have the potential to even cure ovarian cancer in the future,” Färkkilä says.

The study was published in the esteemed Nature Communications journal. The study is part of the iCAN research flagship, and the results will be utilized in further iCAN research to study targeted immunotherapies for patients with ovarian cancer.